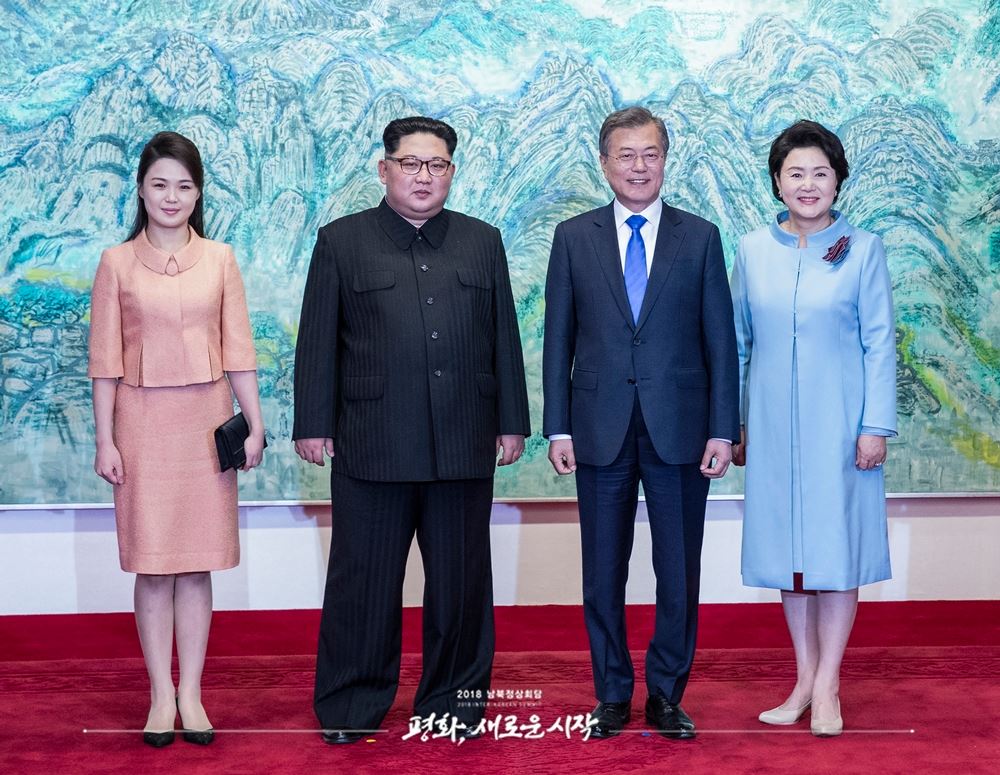 The current inter-Korean relations and the situation surrounding the Korean Peninsula are slightly different from the repetition of the past North Korean nuclear crisis. In North Korea, a young leader named Kim Jong-un, educated in Western Europe, is in power, and in the US, the unpredictable (in a value-neutral sense) Trump administration is in power. They are both making unconventional moves that were previously unimaginable.

For the first time in history, the leaders of the US and North Korea surprised the world by having a summit in Singapore on 12 June 2018 and then again when they cancelled the second summit even after they had met in person on 28 February 2019 in Hanoi, Vietnam (Tarabay, 2018; Liptak and Diamond, 2019). Besides, despite the North’s continued missile provocations, Trump still says there is a possibility of negotiation with Pyongyang (Shao, 2019). Things that are hard to understand based on the experience of the existing North Korea–US relationship continue to happen.

It may be seen as a favourable situation in the sense that they are meeting each other continuously, but the details are less favourable. In terms of North Korea–US leadership relations, Kim Jong-un and Trump seem to be closer than any previous North Korean and US leaders. However, from a practical perspective, the relationship between the two countries has not progressed. North Korea still possesses nuclear weapons and threatens the ROK population and the US forces stationed there by conducting missile launch tests, and the US has likewise failed to produce tangible results in the negotiations, only watching the situation while maintaining sanctions against the North.

Moon Jae-in, who is in the limelight as the ‘negotiator’ of the Korean Peninsula, and his appeasement policy are also facing a crisis. He made a sweeping conciliatory policy towards North Korea, criticising inter-Korean relations that have not progressed during the nine years of conservative government rule. Similar with the North Korea–US relations described earlier, extraordinary things have happened considering the previous situation on the Korean Peninsula, including three inter-Korean summits and the sudden meeting of North Korean, US and South Korean leaders in Panmunjom (Baker and Crowley, 2019).

Looking at the details, however, the current situation is worse than when the previous progressive government pursued conciliatory policies. First of all, economic cooperation between the two Koreas cannot be implemented due to the United Nations Security Council sanctions. In addition, the Kaesong Industrial Region, which is the only route of cooperation between South and North Korea, was closed by the previous government as a reaction to the North’s military provocations, and it cannot be reopened. Even the South Korean negotiation proposal for Kumgang mountain tourism was recently rejected by the North Korean regime (Kang, 2019). After all, South Korea has no carrot to give to North Korea to act as a mediator.

Stuck in the Middle

However, it is also tricky for South Korea to change its policy towards North Korea. North Korea has always used a ‘tong-mi-bong-nam’[1] strategy whenever negotiations have been in a stalemate, and even now, Pyongyang appears to be using the strategy while avoiding direct criticism of the US and severely criticising the ROK (Jeong and Shin, 2015). In particular, Trump, who read Kim Jong Un’s letter criticising the South Korea–US bilateral exercises, made ambiguous comments as the US president, saying, ‘It was a long letter, much of it complaining about the ridiculous and expensive exercises (annual ROK-US bilateral exercises),’ which raised concerns over the North Korean strategy towards the South (Hooper, 2019).

This situation could have led to a sense of crisis in the Moon administration, which claimed to be the ‘driver’ of the Korean Peninsula, because it seems that the ROK administration will be unable to speak out on the North Korean nuclear crisis for a very long time if it loses its current role between Pyongyang and Washington.

Can the merry-go-round of conciliatory policy failure be stopped? Given the circumstances so far, it is hard to give a definite answer. South Korea’s appeasement policy is currently struggling with numerous uncertainties. The world’s most unpredictable leaders, Trump and Kim Jong-un, are negotiating, and more recently, China has begun to contact North Korea to play its role in the negotiation. It is also yet an indirect provocation of a missile launch test, but given its track record, North Korea may launch a direct military provocation against South Korea.

However, the circumstances mean South Korea cannot easily give up its appeasement policy. The only leverage the ROK has against North Korea is that it is the only country except for the US that could have a direct talk with the North Korean leader in the so-called ‘first world’ countries. For North Korea, South Korea is the only alternative that can represent North Korea’s political position. If South Korea gives up this advantage by changing its North Korean policy, its role in the denuclearisation of the Korean Peninsula will be drastically reduced and it will end up in the position of bystander with no choice but to watch the outcome of the negotiations between Washington and Pyongyang.

After all, the ROK is in a situation where they cannot jump off or stop the merry-go-round. Given this situation, it is expected that the appeasement policy will continue until an administration change in South Korea takes place. Many people are paying attention only to the outcome of negotiations between the North and the US, but it will also help them to understand the situation on the Korean Peninsula by watching what policies or strategies the ROK will use to stop this chaos in the future.

Liptak, K. and Diamond, J. (2019) ‘“Sometimes you have to walk”: Trump leaves Hanoi with no deal’, CNN Politics. Available at: https://edition.cnn.com/2019/02/27/politics/donald-trump-kim-jong-un-vietnam-summit/index.html.

[1] Meaning ‘negotiate with the US and seal off the South’. The strategy is to push for direct negotiations with the US to weaken the relationship between the ROK and the US and draw favourable negotiation conditions, such as the withdrawal of US forces from South Korea.