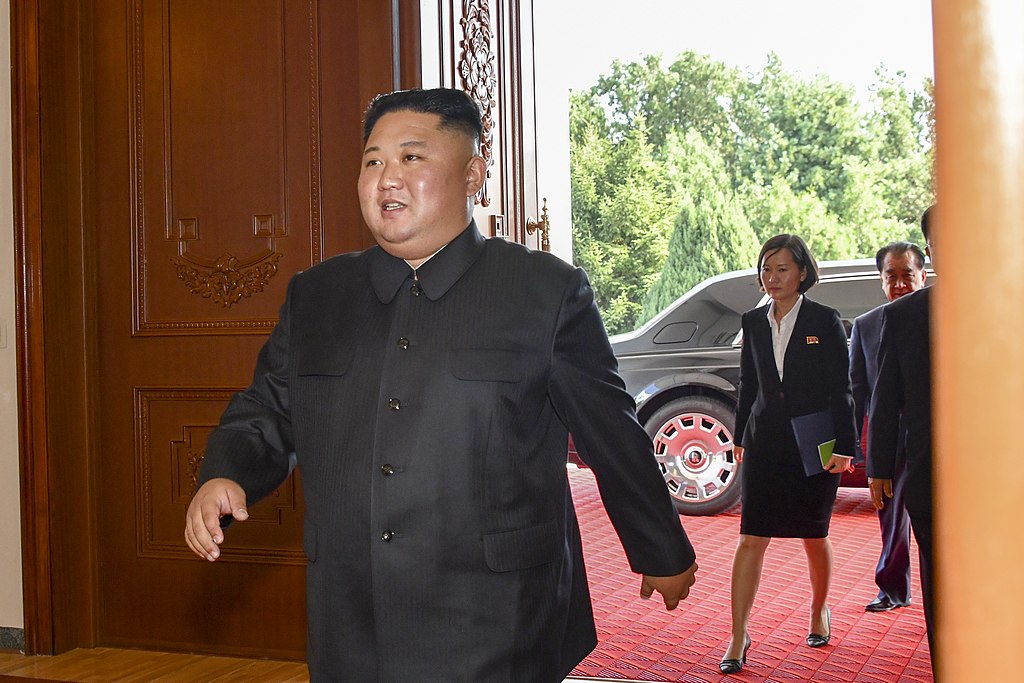 In recent weeks, Kim Jong-un’s health condition has been reported as a concern globally. The controversy began with a report by news media that Kim Jong-un was in a serious condition after surgery, and was continuously reproduced through other media and specialists, with some even reporting that Kim Jong-un had died (Sciutto et al., 2020). This controversy came to an end when North Korean media aired a video of Kim Jong-un’s participation in the completion ceremony for a fertilizer factory on May 1, 2020 (Farhi, 2020). However, once again, it was an incident that confirms the difficulty of approaching the high-ranking North Korean officials’ intelligence.

This was not the first-time person reported to have died in North Korea has been found to be alive. In a relatively recent case, western news media reported the rumor that Kim Jong-un had killed his aunt, Kim Kyong-hui, after killing his uncle Jang Song-thaek. However, Kim Kyong-hui was confirmed alive when she appeared in the North Korean news on January 25, 2020 (Shim, 2020). Previously, the South Korean newspaper reported that Hyon Song-wol, a North Korean performer and politician, had been executed on August 29, 2013 (Chosun Ilbo, 2013). However, Hyon visited South Korea on January 21, 2018, with a preliminary delegation of the North for the PyeongChang Winter Olympics (BBC, 2018). As high-level information about North Korea is challenging to access and the North rarely actively issue corrections, information related to high-level North Korean officials has always been considered controversial until verified by an official announcement from the North. Again, in this case, misinformation was produced from various unidentified sources following the news report, which were subsequently reproduced by the media, leading to the spread of misinformation about the death of Kim Jong-un.

Why were people concerned about the news of Kim Jong-un’s death?

One of the main factors responsible for the spread of this controversy is the importance of Kim Jong-un in North Korea, an authoritarian country ruled by Kim’s family where the importance of succession is of great significance. Kim Il-sung established the Kim Jong-il regime through years of succession, and although the period was relatively short, Kim Jong-il also went through the succession process to consolidate the Kim Jong-un regime (1995 Unification White Paper, 1995; Beck, 2011). However, this could become a politically sensitive event if Kim Jong-un dies without clearly establishing a system of succession, as referred to in the latest misinformation case, and could lead to several problems.

The first problem is the turmoil in North Korea. This is a sensitive issue for South Korea, China, and the United States, each of whom has strategic interests in the Asia-Pacific region. If political turmoil develops into a civil war, many refugees could flow into China and South Korea (4차 북핵실험 이후 정세 전개와 향후 전망 The Situation and Future Prospects after the 4th North Korean Nuclear Test, 2016). If unexpected belligerent forces take power, the resultant turmoil could lead to military provocations (Woo, 2014). Confusion inside North Korea is a politically tricky issue for both China and South Korea to deal with.

One of the main factors responsible for the spread of this controversy is the importance of Kim Jong-un in North Korea, an authoritarian country ruled by Kim’s family where the importance of succession is of great significance.

The second problem is nuclear proliferation. North Korea is currently a de facto nuclear power, although other nations do not officially recognize it as such (Kristensen and Norris, 2018). Just as world nuclear powers (including the United States) have made great effort to prevent nuclear proliferation by the former Soviet Union since its collapse, a sudden change in North Korea would generate global concern to curb any potential for the spread of nuclear weapons (Scarlott, 1991; Bennett and Lind, 2011). In particular, policymakers and intelligence officials in major countries have no choice but to pay attention to the safety of North Korea’s leader, as the outflow of nuclear weapons and materials is an essential matter for international peace.

As previously mentioned, the personal health matters of North Korea’s leader ended in misinformation, as usual. There are two valuable lessons to be learned from this incident. First, the Kim Jong-un regime in North Korea is still robust. This is not only because Kim Jong-un has reappeared in good health, but also because no one has easy access to high-level information in the North, and there are limited ways of confirming its accuracy. Only a limited number of people are allowed contact with Kim Jong-un and other top-level officials within North Korea, and because information about them is not leaked can infer that those who advocate the system remain in power.

The second lesson is that we should take a cautious approach to information about North Korea. For the reasons described earlier, information related to North Korea varies widely depending on the source of information. Of course, being a topic of interest to many people, anyone may wish to express their opinions regarding such information. However, it is hard to see this positively for politicians, scholars, and other influential people, who have to reproduce uncertain information, thus contributing to its credibility. As people who can influence policy-making and research trends, this can cause unnecessary policy confusion and academic controversy. Of course, the freedom to express opinions and exchange ideas should always be maintained. Nevertheless, we should always be cautious.

Farhi, P. (2020) ‘Kim Jong Un appears to be alive after all. So why did CNN and other news outlets report he was on his deathbed?’, The Washington Post. Available at: https://www.washingtonpost.com/lifestyle/media/kim-jong-un-appears-to-be-alive-after-all-so-how-did-his-death-make-the-news/2020/05/05/e9cf7f0e-8d6c-11ea-a0bc-4e9ad4866d21_story.html.